Hey there data aficionados. Can you believe we released 2 games last year? Shovel Knight Pocket Dungeon has been on sale for more than two months now and Cyber Shadow just hit its first anniversary. In our usual fashion, we wanted to break down for other players and developers just what to expect in terms of sales.

Hey there data aficionados. Can you believe we released 2 games last year? Shovel Knight Pocket Dungeon has been on sale for more than two months now and Cyber Shadow just hit its first anniversary. In our usual fashion, we wanted to break down for other players and developers just what to expect in terms of sales. We’re a bigger company now…25 people strong! It takes an insane $$$ 5 million dollars $$$ to keep us going every year- fair wages for two development teams, operation costs, marketing, multiple external projects, merchandise handling, conventions, and most of all snacks…things sure have blown up! We still feel it’s important to stick to our roots and break down what to expect these days for game sales. Neither Cyber Shadow or Pocket Dungeon were blockbusters like Shovel Knight, but we feel it’s just as important to see game sales that aren’t million sellers.

Hopefully there are lessons for all to learn here.

If you haven’t checked out our past sales articles, now might be a good time to get caught up..

Can you believe Pocket Dungeon has already been out for two months! Released December 13th 2021 on Switch, PC, and PS4. It took almost exactly 3 years to make. 5 team members were working with Vine during its peak. A lot of Yacht Club team members were involved in various capacities, from drawing up new characters and approving art, to helping design the game, write the script, and create the audio. You might remember our magic man month formula for estimating budgets. 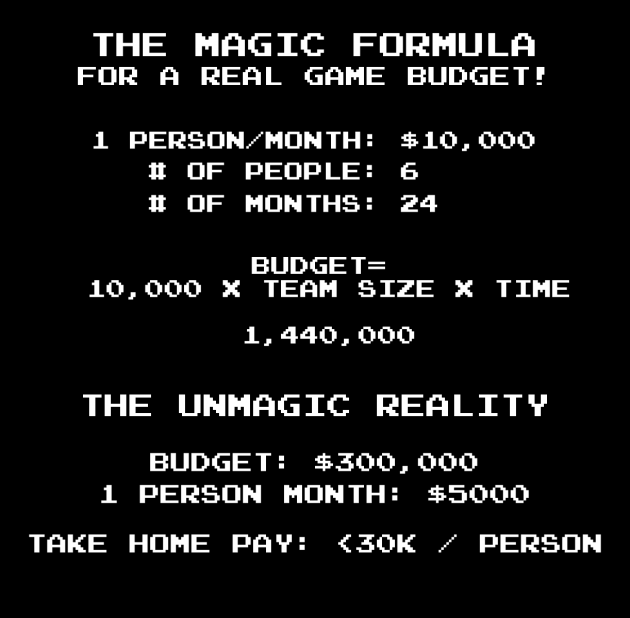 Our costs have gone up a bit since 2013! But for Pocket Dungeon’s development, we essentially were split with a budget of 500k for Vine and 500k for YCG. The question is, did that pay off? 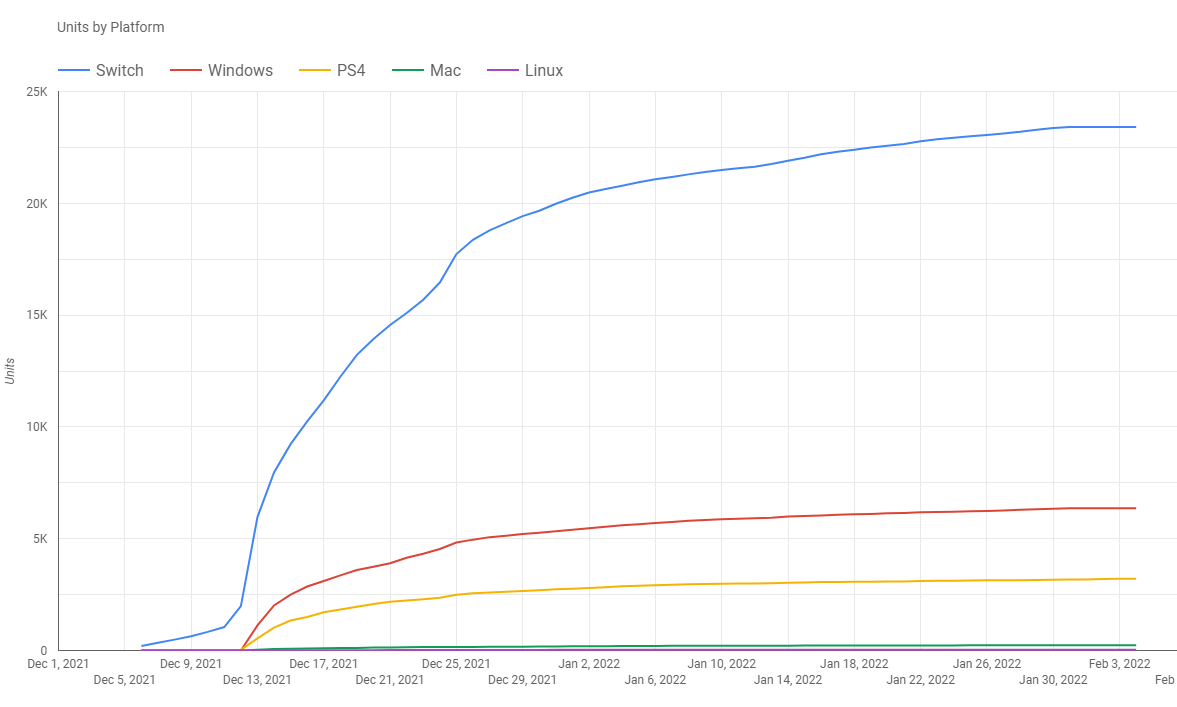 We sold just over 35,000 units across all platforms in the two months since release. Our first week sales were just under 20,000 units, and our first month sales were just over 30,000. You might be thinking…hey that’s not a lot compared to Shovel Knight! You’d be right. Compared to Shovel Knight’s sales of 180k in the first month, Pocket Dungeon definitely is hitting a much smaller audience. The revenue from those sales covers our expenses with Vine, but don’t cover our internal costs.

This wasn’t a big surprise to us though. Good reviews can only get you so far! We knew when diving into this wacky spinoff with bizarrely unique mechanics that combine two totally different genres, we’d be making a big ask of people to take the dip into something new. We had some clear signs to warn us. For example, the largest view count on any Shovel Knight Pocket Dungeon video was 140k (compared to the original game having over a million views).

So we know the game doesn't immediately jump out as everyone’s thing, but we remain convinced that this is a game that could sell hundreds of thousands of copies, if not millions over time if it finds its audience. We believe it’s one of the best games we’ve ever made, and we hope you all give it a shot when you’re ready!

That’s why we’re committed to doing 3 big additions to the game, adding huge features like online multiplayer, mod support on Steam, and more more more of everything. We want to show everyone we believe in this game, and we’re in this for the long haul! We’re also looking into new platforms to release on to bring it to more players. We want to create more moments for people to jump into the game, and give it a shot!

Let’s break down a little bit how the sales were divided. 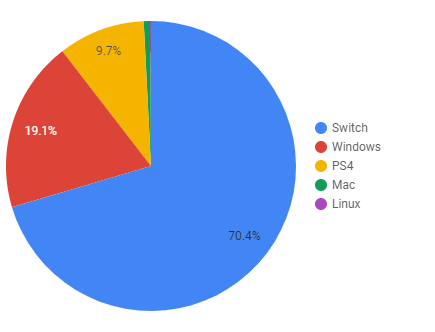 It’s very clear how important Switch is to our success here. Where Shovel Knight had about 40% units sold on Nintendo platforms after a month, Pocket Dungeon had a staggering 70%! Interestingly, Sony platforms make about 10% of Shovel Knight’s current sales and that number holds true here too for Pocket Dungeon. 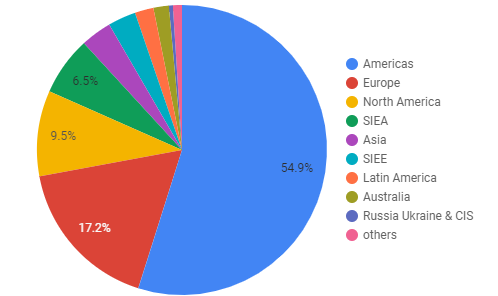 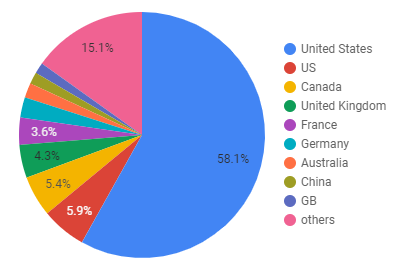 The region breakdown is very similar for Pocket Dungeon compared to Shovel Knight. The biggest change perhaps is China actually making an appearance in the list. That said, we still have a lot of work to do to appeal or market to players in non English speaking countries. 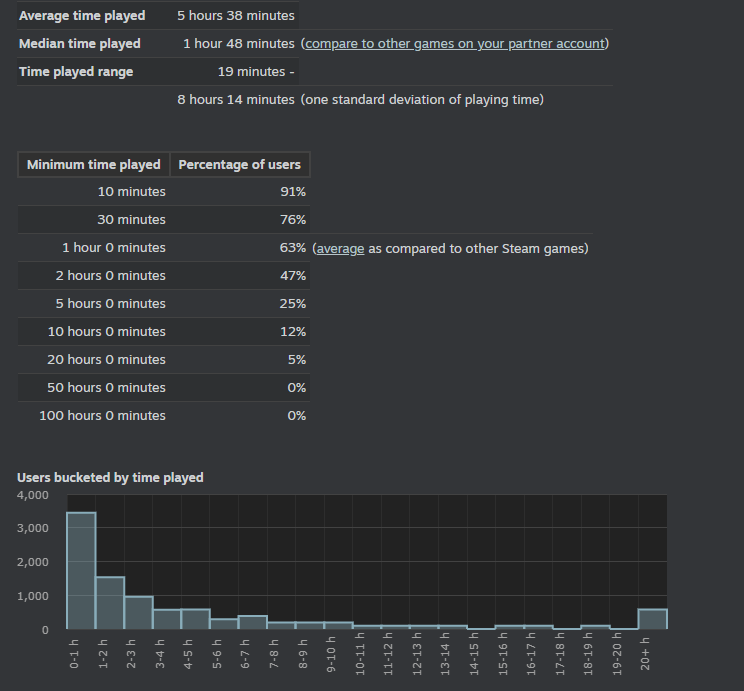 What stands out most to us here is the large discrepancy between median and average playtime here. It gives the impression that people who play it fall deeply in love, but some players are bouncing off it pretty quickly. That is actually in line with a lot of our playtests. We found if players clicked with the game (typically giving it 30 mins to an hour of playtime), they would be hooked and play for dozens of hours.

We’re extremely grateful for everyone’s support so far. Although 35k is low compared to Shovel Knight, you might remember we were hoping for a minimum of 50k with Shovel Knight originally! It’s nothing to snuff at! But we will continue working very hard to make it a game that everyone can love.

Cyber Shadow released January 26th, 2021, so we’ve just passed our first year of sales. Our announcement trailer for the game had 336k views on YouTube. That’s about a third of the highest Shovel Knight video viewed before release, so our best hope for Cyber Shadow was that it would appeal to about a third of Shovel Knight’s audience. Aarne worked on the game by himself for 7 years and then 3 more years with us….so we wanted to make sure we delivered on our end of the bargain!

Here’s a breakdown of the sales per platform, and the sales over time for the first year:

Total we’ve sold around 85,000 units across all platforms. It’s important to note here that Cyber Shadow was a day 1 Xbox Game Pass game, which according to our estimates means more than 300,000 players got the game for free on Game Pass. So almost half a million people have taken a swipe at Cyber Shadow, which makes us truly happy!

55,000 units were sold in the first month, and 44,000 units were in the first week! This is fascinating compared to Shovel Knight’s 180,000 first month and 75,000 first week. You can see Cyber Shadow had a big fall off where Shovel Knight’s sales decreased less over time. Pocket Dungeon had a similar effect- it seems we’ve amassed a small core audience that jumps in right away, but with both these new products, we’re not doing enough to maintain that interest after the initial release.

We generated about $1.2 million in revenue outside of the Game Pass deal, which more than covers our costs. Our combined budget with Aarne was about 600k (not including what Aarne would have paid himself for those 7 years!)…yayyy we didn’t lose money (given how many games we’ve released for free, that isn’t common haha!). With the Game Pass deal, Aarne was able to see a good sized check for his efforts…we were really happy to see his dreams made reality. 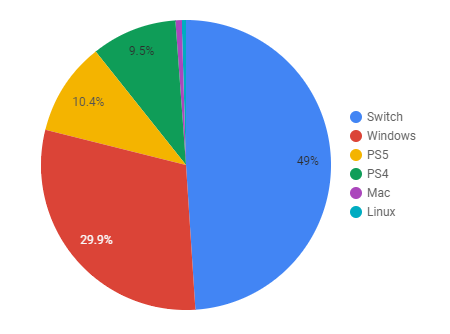 Cyber Shadow launched on a lot of platforms from day 1. The Sony audience accounts for 20% of sales which is larger for us than usual, and the 50% Nintendo is more in line with the original Shovel Knight. Something to learn here is that Game Pass really affected our Xbox sales! You can’t even see a blip in the graph. It’s hard to say if Game Pass affected sales on other platforms…we think it’s a little lower than we would have anticipated if we didn’t do Game Pass, but probably not a huge discrepancy.

Note, Cyber Shadow was named by Nintendo as one of the best selling indie games of 2021. Games sales can vary widely depending on releases 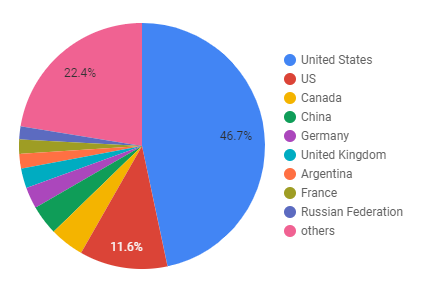 Cyber Shadows' region stats fall in line with Pocket Dungeon and the original Shovel Knight. Just a bit of shuffling around between territories. 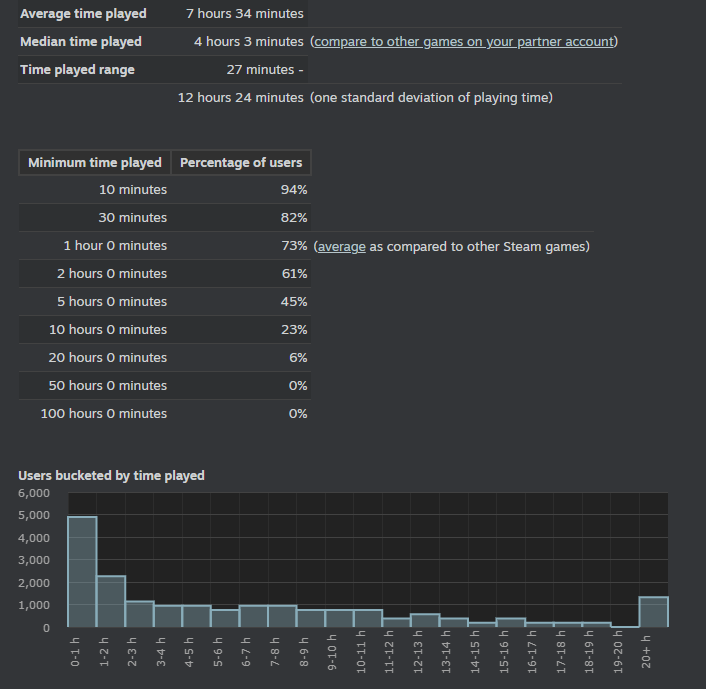 Overall, we’re really proud of Cyber Shadow and what we created with Aarne. We hope people continue to give it a shot!

Before we wrap up, we wanted to give a quick update on Shovel Knight Treasure Trove. We’ve typically saved these sales breakdowns for big milestones…and we’re still waiting for that 3 million mark. If we’re lucky, we’ll likely break the barrier at some point this year. But since we’ve never talked about King of Cards or Showdown since release, and especially since so many are curious as we’re doing a Kickstarter for our new IP, Mina the Hollower, right now, we thought it would be good to break down the numbers a bit.

As you might recall from our previous articles…games aren’t cheap to make (even 8 bit ones!). Here’s a production cost breakdown of our first 3 games:

And here’s King of Cards’ and Showdown’s stats

That’s one big NES game from a Kickstarter game funded for only $311,502. 4 entire games delivered for free! How often do you see that?! We’re extremely proud that we stuck to every Kickstarter goal, delivering far beyond what we promised, without having anyone who bought in at any point pay an extra dime.

There’s one other stat we wanted to dive into briefly. Completion percentage! On Steam, each adventure mode has the following completion rate according to the achievements.

If you extrapolate that number to all platforms, that would mean around 150,000 players finished King Knight’s campaign compared to about a million players for Shovel Knight’s campaign. Showdown’s stat is a little trickier because it’s more than just straight completion (and most players probably played the multiplayer mode more in-depth than single-player), but the closest we can estimate is finishing Showdown’s story as any character without a continue, which about 60,000 players achieved. We’d guess these stats are higher on consoles, but let’s hope when we hit that 3 million mark we can get those King of Cards and Showdown numbers up to 10%!!

To say the least, it was a very taxing experience for us to keep building games that were bigger and better, while knowing we wouldn’t be selling them like normal games. As our previous articles showed, adding new campaigns for free didn’t really boost our sales to an enormous degree. Knowing that, we knew every second we developed those games and every dollar we spent was money we might not have for the next game. That’s all to say…we’re lucky our fans have continued to be amazing and keep supporting us and the games we make!

Well…we haven’t really gotten to announce a big number today. And we thought it’d be fun to do that! All of our games sales (after sales tax, partners and platform holders cut, etc) have generated Yacht Club Games more than 40 million dollars in revenue!!! That’s completely staggering to us. It’s allowed us to grow to a studio that’s now 25 strong, making 2 games at once!

Let’s not let the transparency end there! If you’re wondering how it breaks down (with some quick napkin math)...what ends up in Yacht Club’s accounts is about $24M due to taxes. We spent around $9M making Shovel Knight and more than $2M on external games. Which gives us around $13M for the next two games. But we’ve already spent two years working on them, and our current man month is around $12000, which means we’ve spent more than $7M. Oh no! And we’ve got more than 2 years to go….uh oh!

Although we think we can make it, now we know we can worry a little less about the money and taking the time and focus to build an amazing game because of our amazing backers and continued support from the community at large. THANK YOU!