Shovel Knight Dig releases on Nintendo Switch, Steam, and Apple Arcade in only 4 DAYS! Before you jump into Shovel Knight’s next adventure, let’s meet the dastardly folks behind Dig’s heinous heist!

Shovel Knight Dig releases on Nintendo Switch, Steam, and Apple Arcade in only 4 DAYS! Before you jump into Shovel Knight’s next adventure, let’s meet the dastardly folks behind Dig’s heinous heist!

With a string of high-profile heists under his ochre belt, Drill Knight’s name has become synonymous with precision pilfering. But despite his villainy, Drill Knight’s dramatic flair for the grandiose has made him… popular? Perhaps that’s why he was able to form the Hexcavators – a super-specialized digging squad greater than any seen before. No one seems to know the true purpose of their big dig just yet… but we sure wish we did. Because when Drill Knight talks, it feels like you could just listen for hours!

A valuable artifact here, some forgotten trinket there... it's unbelievable what others throw away! No one knows this more than Scrap Knight. Picker in hand, she sorts worthy valuables for sale and keeps the truly special stuff slung over her shoulder in an enormous bag. Scrap Knight has spent her recent days sifting through the shifting refuse pile known as the Magic Landfill, a sorcerer's rubbish heap located deep below the earth's surface. The Hexcavators find her useful because she can recover almost anything, but Scrap Knight has ideas of her own.

After becoming captivated by Drill Knight’s tunneling prowess, Mole Knight joined the Hexcavators not in search of treasure, but for the thrill of the dig! As a burrowing specialist, Mole Knight is prepared for any situation, even excavating the thoroughly-waterlogged ruins of the Secret Fountain. Nimbly cutting both through waves and sand with relative ease, Mole Knight can burrow and backstroke with the best of them thanks to his aquadynamic armor!

When your eyes are opened to the true nature of your surroundings, it can drive a person a little mad! It’s unclear how Spore Knight moved from agriculture to counterculture, but her mushroom-manifesting skills make her a valuable asset to the Hexcavators. Her shroom stents hold open the tunnels of the Mushroom Mines... a once-collapsed series of caverns now pried precariously open. If Shovel Knight is to make it any further, he’ll need to head off Spore Knight’s cave-in before it begins!

Hive Knight may have some trouble connecting with his fellow humans, but this bug-loving spelunker certainly has a way with insects! He's never to be found without Fleck, his loyal Beeto partner, buzzing at his side. With the power of their teamwork, as well as some specially-modified armor, this potent duo works in tandem to explore, battle, and even fly! Hive Knight's unique skills have given the Hexcavators a foothold deep in the Entomological Enclave, but intruders beware- keep away, lest ye be bugged!

Every heist needs a big brain behind the brawn, and the diminutive Tinker Knight signed on as engineer for the job! The little schemer joined the Hexcavators because they had interesting and difficult problems to solve - he doesn’t seem to mind that they’re crooks! Tinker Knight has made his lair in the Smeltworks, where he has found great potential researching submersible magma tech…

Think you have what it takes to join the heist?

Do you enjoy digging, heists, and EVIIIIIIIL? You’re in luck! Drill Knight is having an open call for new digging specialists. Flaunt your membership as an honorary Hexcavator by adding your info to this fancy corporate ID card! 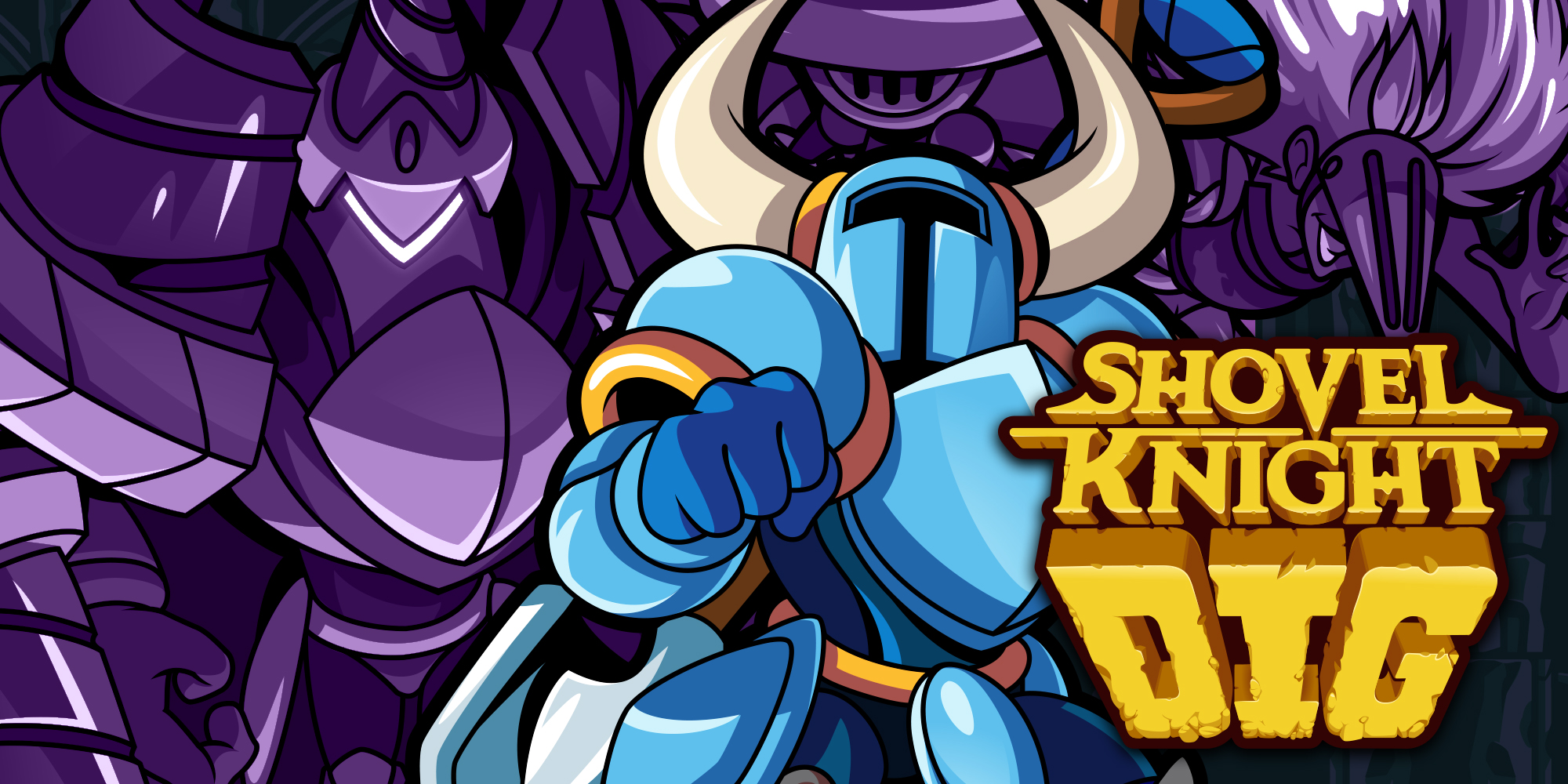 You’ll soon discover that this adventure goes much deeper than a simple heist…Get ready for Shovel Knight Dig on September 23rd, 2022!